Various safety events allow to switch between the safety levels. They are triggered by the safety system itself or by the sequencer. The table shows the levels, events and the possible switches between levels in the specific application implemented for the delta robot. 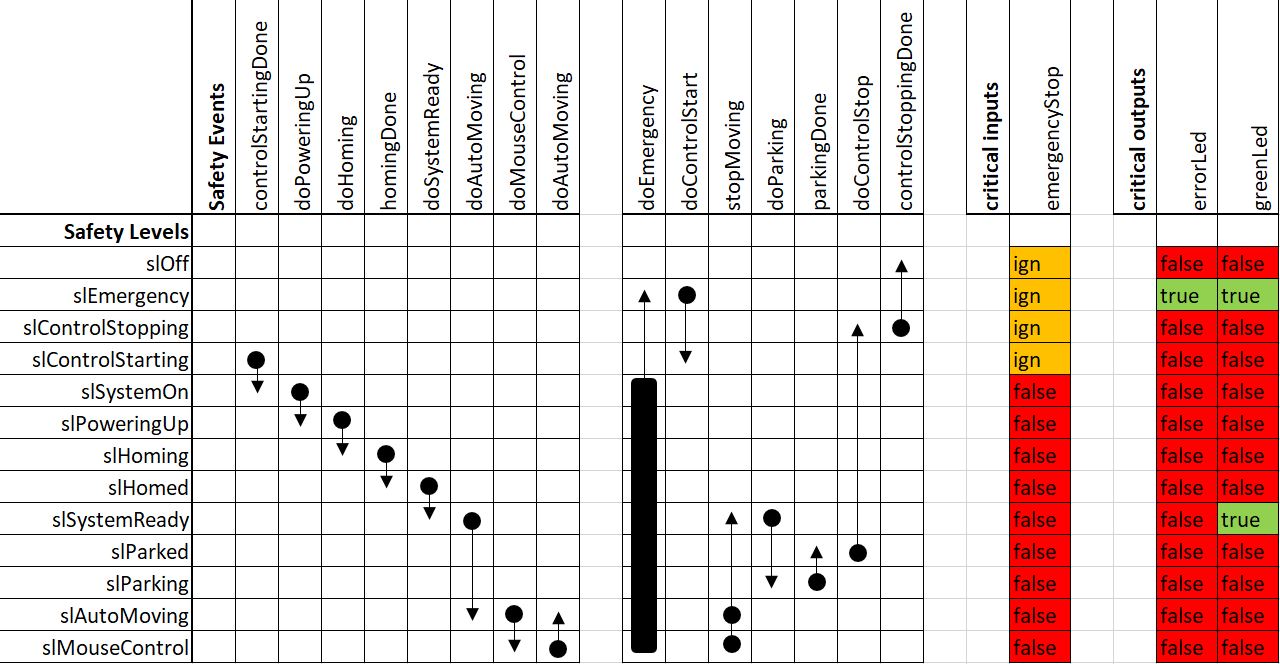 There is one critical input: the red button, i.e. the emergency button, which triggers doEmergency.

Except where otherwise noted, content on this wiki is licensed under the following license: CC Attribution-Share Alike 4.0 International